With the permanence of ink tattoos, we’re kind of surprised with the number of celebrities who continue to get couples tattoos after just a few months of dating. But hey—if that’s your expression of love, power to ya. Ariana Grande covered up her Pete Davidson tattoo, but not exactly in the way you might think. Grande surprised fans with a middle-of-the-night tattoo session. Although to be fair, it’s not a total coverup. The “Thank U, Next” singer explained that she was embellishing the tattoo, rather than erasing it or hiding it forever. “Evolving” not “covering,” she explained.

Grande has a history of funky tattoos—who could forget her Japanese hand tattoo intended to represent her hit song “7 Rings?” The symbols instead spelled out “portable cooking stove.” Whoops. A month ago, Davidson had one of his Ari tattoos covered up on the back of his neck and replaced it with the word CURSED. Uhh…awkward! Many were wondering if that was a direct insult to Grande or just something Davidson was dealing with that had no relation to the singer at all. Regardless, this latest tattoo change is pretty interesting.

Both Davidson and Grande had the word “always” tattooed on their bodies—Davidson’s was on his back, Ari’s on her ribs. Many people wondered if they had them written in each other’s handwriting. (That’s honestly so sweet). People also theorized that it had something to do with the couple’s love for Harry Potter. But, as Chaucer once said, “All good things must come to an end.” There is an end to everything—even good things. And this proved true for Grande and Davidson who broke off their engagement back in August 2018.

Now, the two are moving on and Grande has altered her tattoo she once shared with Davidson. She posted a photo on Instagram two days ago to announce her middle-of-the-night tattoo sesh in New York City. “post run thrus, 3 am with @girlknewyork 🙂 not a cover up just evolvin 🌫 also, our show opens tomorrow. i love u and i’m so grateful. see u soon.”

In this zoomed-in photo, you can see that she, indeed, has not covered up the “always,” but rather had leaves drawn around, and slightly over it. She’s growing up—blooming, you could say. She’s not trying to erase her past, but rather use it as potting soil for her roots to grow and move toward the future. Too many flower references? We’ll stop. 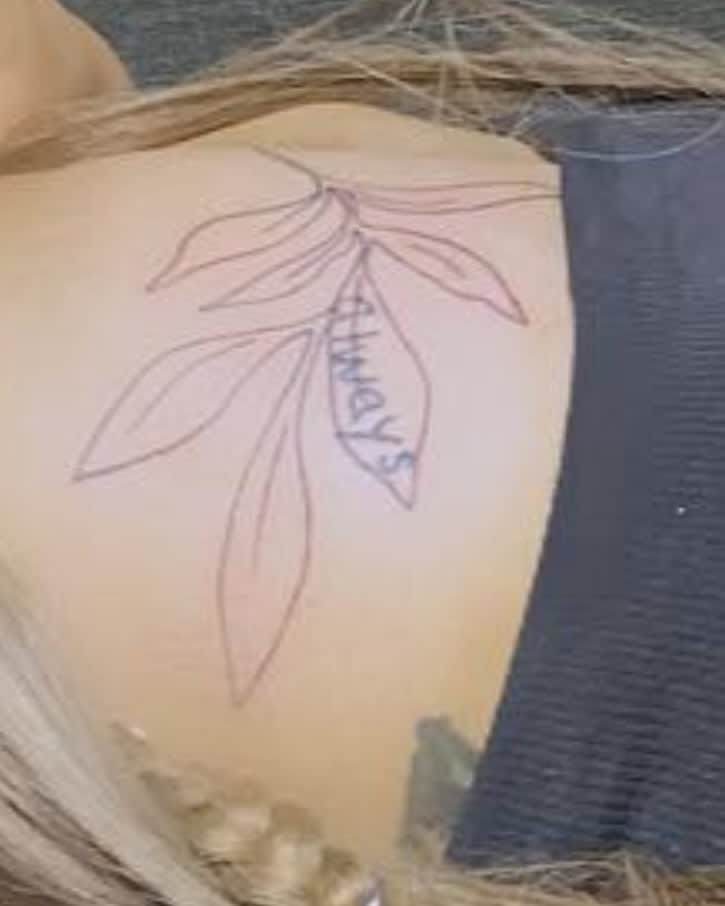