As we often saw and discussed most of the designer collections, collaborations and runway shows throughout this year that’s already drawing to a close, success was mostly due to the brands’ accessory lines, the motifs, inspirations and visionary styles of which often become lifetime and timeless must-have staples. 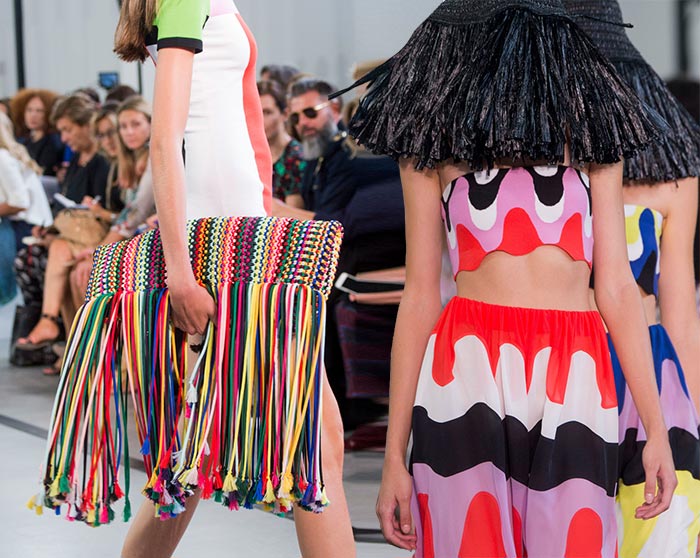 Emilio Pucci is one high fashion brand that is more and more envisioning its aesthetics on a distinctive style headed to the future, meaning that, among other things, the Emilio Pucci accessories are playing a huge role within its collections, too.

Throughout the latest Emilio Pucci spring/summer 2017 runway show we had the chance to get in touch with creative designer Massimo Giorgetti’s most visionary and dynamic designs, the sources of inspiration for which are to be found in Emilio Pucci’s signature figures, as well as in the modern time woman who is always on the go.

“There is a big experiment, a big challenge to move the iconic Pucci jersey dress into 2016,” said Massimo Giorgetto backstage during Milan Fashion Week back in September, arousing our curiosity.

As it often happens when it comes to cosmopolitan sources of inspiration combined with past legacies, dynamicity is key, both in terms of the garments and accessories, along with their silhouettes, colors and patterns. Even though, in this specific case, the runway show’s accessory presence was not that prevailing in terms of numbers, their one-of-a-kind aesthetics were memorable for sure, as it happened both in the Pucci resort 2017 collection and the Emilio Pucci spring/summer 2017 lineup as well.

Intrigued by Emilio Pucci’s accessory (r)evolution, we managed to reach out to Alberto Angeloni, junior accessory designer at Emilio Pucci, for an interview, to better understand not only what kind of paths the mansion is currently undertaking when it comes to both its present and future, but also to further immerse ourselves into its iconic, colorful and inspirational creativity.

Here is what Alberto had to say.

– First things first, how would you compare Emilio Pucci’s past with present? In what ways do you think Pucci can give its contribution to future fashion?

“Pucci’s soul and visions on fashion are strong and alive with Massimo Giorgetti’s perspective on women’s wear. Giorgetti’s woman is a cosmopolitan, travel-ready and overall dynamic kind of being, who does not necessarily want to give up on wearing her refined jerseys throughout the day, while busily living her life.

Pucci, as a fashion house, is constantly evolving into something new, yet always looking for inspiration among its many iconic past designs. For instance, for the latest spring/summer 2017 collection, Massimo Giorgetti focused on the cotton jerseys, one of the Florentine mansion’s lesser-known, yet always revolutionary, garments. Past meets modernity at its best!” 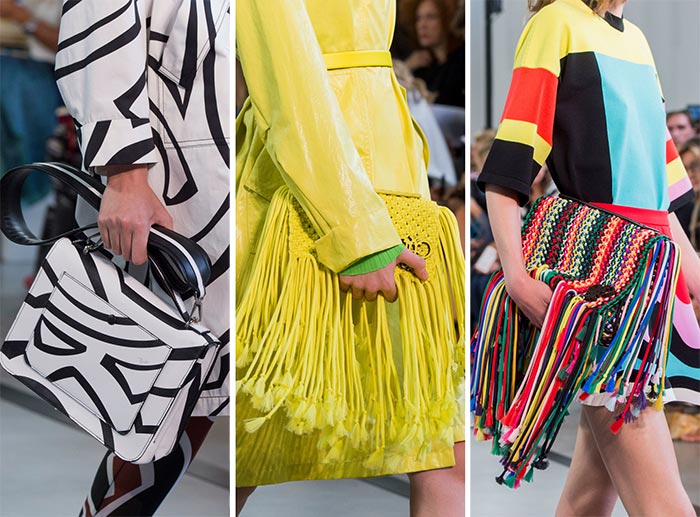 – What inspires you when you are creating a new accessory?

“Regarding the accessories, what I personally find interesting and inspiring is starting a project out of a vintage concept or design, and then translating it to a more contemporary vision, the identity of which not only easily reminds that of Pucci, but could also be trendy without losing on functionality (which was also one of Marquis Emilio Pucci’s leitmotifs).”

– What do you think about the Emilio Pucci spring/summer 2017 collection?

“This latest Emilio Pucci SS 2017 runway show was the fashion house’s time to reinterpret its iconic and imposing archive (which is no small feat indeed!). The line-up’s philosophy transposed a modern woman who is independent and curious and, among other things, can always carry a ready-to-use dress in her purse, so that she can also express herself through fashion literally at any occasion.”

– What inspired you to create the Emilio Pucci spring/summer 2017 accessories? What materials did you use?

“As for the leather goods, their aesthetics were brought to life through intricate woven fabrics with multicolored patterns and fringes creating a signature dynamic movement, utilized both for the classics, such as the Pilot, and for the newest ones, such as the maxi shopper with fringes. I am also extremely happy the cross-body bag with the iconic Bersaglio print was added to the collection, as I find it extremely modern and refined.

The shoe line was particularly appealing too, as it featured one-of-a-kind boots in draped jersey (perfect for a jersey total look!), mirror-heel boots, and color-blocking sandals dipped into Emilio Pucci’s signature colors.” 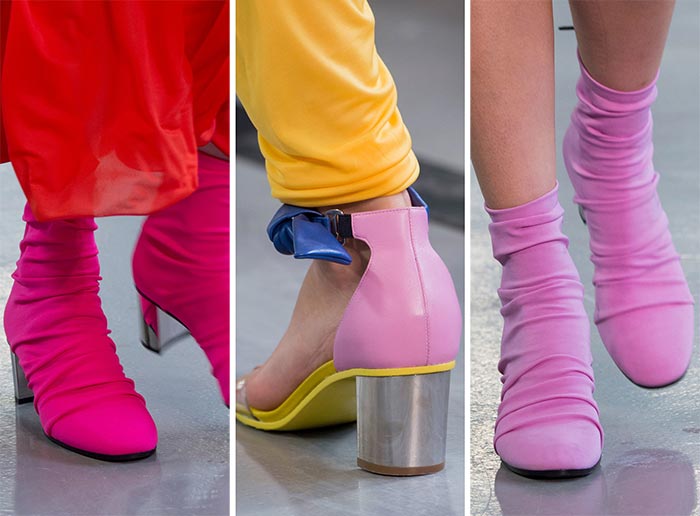